BEWARE! PHONE SCAMMERS ARE NOW USING THE SHERIFF'S DEPARTMENT AS A RUSE TO TRICK SENIORS INTO WIRING MONEY. 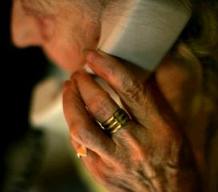 Additionally, the woman admitted that she had previously fallen for a phone scam and had sent funds to a suspect via a money transfer service. The responding Deputy confronted the suspect via phone and discovered the suspect had used the Sheriff's Department to try to reestablish contact with the victim so he could continue the financial abuse.

The second scam involved an elderly male who received a call telling him he had won a large sum of money in a sweepstakes but had to pay a fee to receive it. The suspect identified himself as a current Deputy Sheriff and gave an actual deputy's name. The suspect further stated the Sheriff's Department was facilitating the money transfer. The victim withdrew the money from his bank, but decided to visit the local Sheriff's Station to speak with the deputy who "allegedly" called him.

Fortunately the deputy, whose identity was used, was working that day and was able to prevent the victim from sending the money. Impersonating a Law Enforcement Officer or deputy is a crime (misdemeanor) punishable by a fine of up to $2,000 or a year in local custody or both. Obtaining monies by trick or device is a Felony punishable by time in state prison.

The public should be advised that the Sheriff's Department does NOT facilitate or participate in any sweepstakes, lotteries, or other money transfer schemes. Elderly residents should not send or wire transfer money to anyone based upon a phone call or series of calls without verifying facts first. Phone scammers routinely use money transfer services to fleece the elderly and any reference to such services should be considered a red flag warning for seniors. For questions or additional information, please contact the Sheriff's Elder Abuse Unit (858) 974-2322.