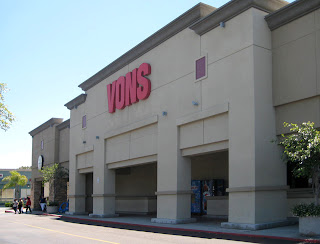 Regency Centers Corporation (NYSE:REG), a national owner, operator and developer of grocery-anchored and community shopping centers, closed on the acquisition of Clairemont shopping center Balboa Mesa , a 189,321-square-foot infill shopping center anchored by market-dominant grocer Vons. Regency purchased the San Diego property for $59.5 million from Balboa Realty LLC.
Built in 1969, Balboa Mesa Shopping Center is anchored by a 42,247-square-foot Vons, a 77,000-square-foot Kohl’s and a 24,000-square-foot CVS/pharmacy. Located at the one of the city’s busiest intersections at Balboa Avenue and Genesee Avenue, the neighborhood center is situated in a major retail node with 63,000 vehicles passing the site daily. The center is surrounded by a residential population of 126,000 and a daytime population of 109,000 within a three-mile radius.

Gregg Sadowsky, senior market officer for Regency Centers, added, “The 95-percent-leased property offers an immediate redevelopment opportunity to increase the square footage of the center, further improving the net operating income for the project. The center’s prominent location, dense residential and daytime populations and strong traffic counts make this center one of the more desirable locations for retailers in the San Diego market.”

With the acquisition of Balboa Mesa, Regency owns 69 properties in California, including 10 retail centers totaling 1.5 million square feet in the San Diego market.

Regency is the preeminent national owner, operator, and developer of dominant grocery-anchored and community shopping centers. As of June 30, 2012, the Company owned 364 retail properties, including those held in co-investment partnerships. Including tenant-owned square footage, the portfolio encompassed 49.5 million square feet located in top markets throughout the United States. Since 2000, Regency has developed 209 shopping centers, including those currently in-process, representing an investment at completion of more than $3.0 billion. Operating as a fully integrated real estate company, Regency is a qualified real estate investment trust that is self-administered and self-managed.
Email ThisBlogThis!Share to TwitterShare to FacebookShare to Pinterest