Many believe the ancient Mayans predicted the end of the world on December 21, 2012.
That's tomorrow folks! 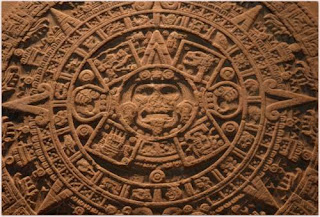 If you aren't worried about it, or even if you are, you can enjoy the night at an "End-of-the-World" party.
Although you can find fancier parties downtown, for Clairemont and Bay Park denizens, you really can't beat the party they are throwing at Brick-by-Brick, a Morena District favorite at 1130 Buenos Avenue, San Diego, 92110.

The folks at Brick-by-Brick have quite the show planned for the penultimate Friday night:  music from the Strikers,  Moosejaw, and others. There will also be a Hell on Heels Revue burlesque performance, as well as drinking games, drink specials and food. $5 cover. Call the club 619-275-5483 or visit www.brickbybrick.com.