Clash at Clairemont 7 This Week!


For six years, Clairemont has been home to a local event that in recent years, has gotten bigger and bigger. This year, it’s going national! 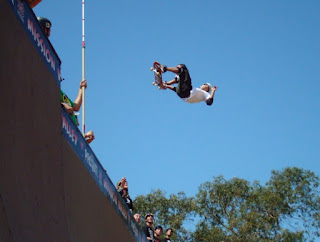 The seventh annual Clash At Clairemont, a charitable event raising money for cancer survivors and local children, will be held June 1, 2013 at the YMCA’s Krause Family Skate & Bike Park (3401 Clairemont Drive). As in years past, the event will feature the top names in action sports including Tony Hawk, Andy Macdonald, Bucky Lasek and Simon Tabron as well a vendor village featuring sponsors like MovieTickets.com and GoPro. The event will feature live music, food, and the best action sports stars competing on the 2006 X-Games Vert Ramp, the largest vert ramp on the West Coast. Tickets can be purchased at the gate for $10. For more information, visit www.clashatclairemont.com or call 858-246-6731.

New this year, Clash At Clairemont 7 will feature the Sonic Generations of Skate by SEGA, a unique team competition that celebrates three generations of half-pipe skateboarding. The event, which has received national coverage on ESPN, FuelTV, and Sports Illustrated, will be once again be in the national spotlight. 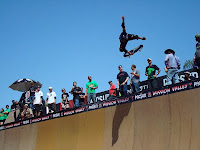 “The Clash” began in 2007 as a cooperative effort between Pro Skateboarder Andy Macdonald, Mission Valley Y, Grind for Life and Industry Sponsors like Pacsun and SoBe beverages. The first year’s event unveiled the new Vert Ramp - the 2006 X-games Vert ramp re-constructed on the grounds of the YMCA skatepark. The event, a celebration of the newly acquired ramp and park renovations was an opportunity to create a fundraiser that benefits Mission Valley YMCA and the Grind for Life Cancer charity. The event featuring over 45 of today’s best Action Sports athletes, live music and family fun was a huge success!


In 2008-2012 The Clash at Clairemont II-VI returned with resounding success. With the very best athletes from skateboarding and BMX along with terrific musical acts and industry sponsor support a classic annual event was born. Media attention and attendance skyrocketed and now the Clash at Clairemont has cemented its first class reputation as a terrific family oriented celebration of Action Sports and charitable cause!

Photos courtesy of Brian Beagle/SoreEyeSports.com
Email ThisBlogThis!Share to TwitterShare to FacebookShare to Pinterest