Hosting Parties for Teens: Do You Know the Law? 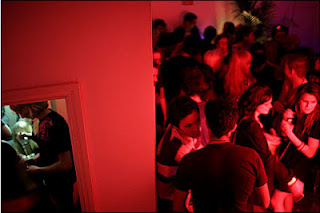 When high school graduation rolls around, it is an occasion to be celebrated. Every teenager loves being able to let loose and exhale after all the hard work, and parents generally want to allow their teenage children the freedom to enjoy themselves on their graduation. However, if alcohol is going to be served at a graduation party, and teenagers are drinking it, that can be a very serious issue.

The City of San Diego’s Social Host Ordinance (Municipal Code, Sections 56.60-56.63) states that the owner of the property where a party is held can be deemed liable for any illegal, underage drinking done on the premises. Additionally, the property owner can be held responsible for the underage teen’s actions. The consequences of violating the social host ordinance can even result in an arrest, depending on the severity of the issue.

If you are hosting a party where minors (those under 21) are present, this ordinance requires you to:

So, before hosting a graduation party, decide how you are going to deal with the statutes of the social host ordinance. A graduation celebration is all well and good, but getting arrested because of an underage drinker under your watch is not the way you want the party to end.