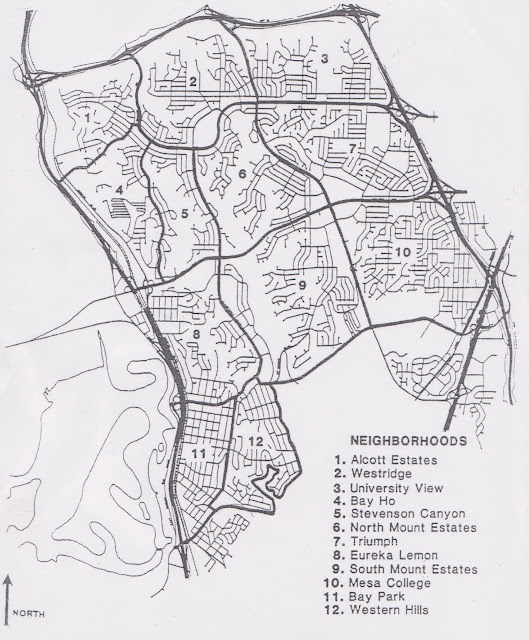 Do you know what your part of Clairemont is called? It seems that once upon a time, there were 12 neighborhoods each with its own name. The image here, which is probably from the late 1960's, is of a map of the boundaries and names of those neighborhoods.