Just Another Night at the Coronado Brewing Company 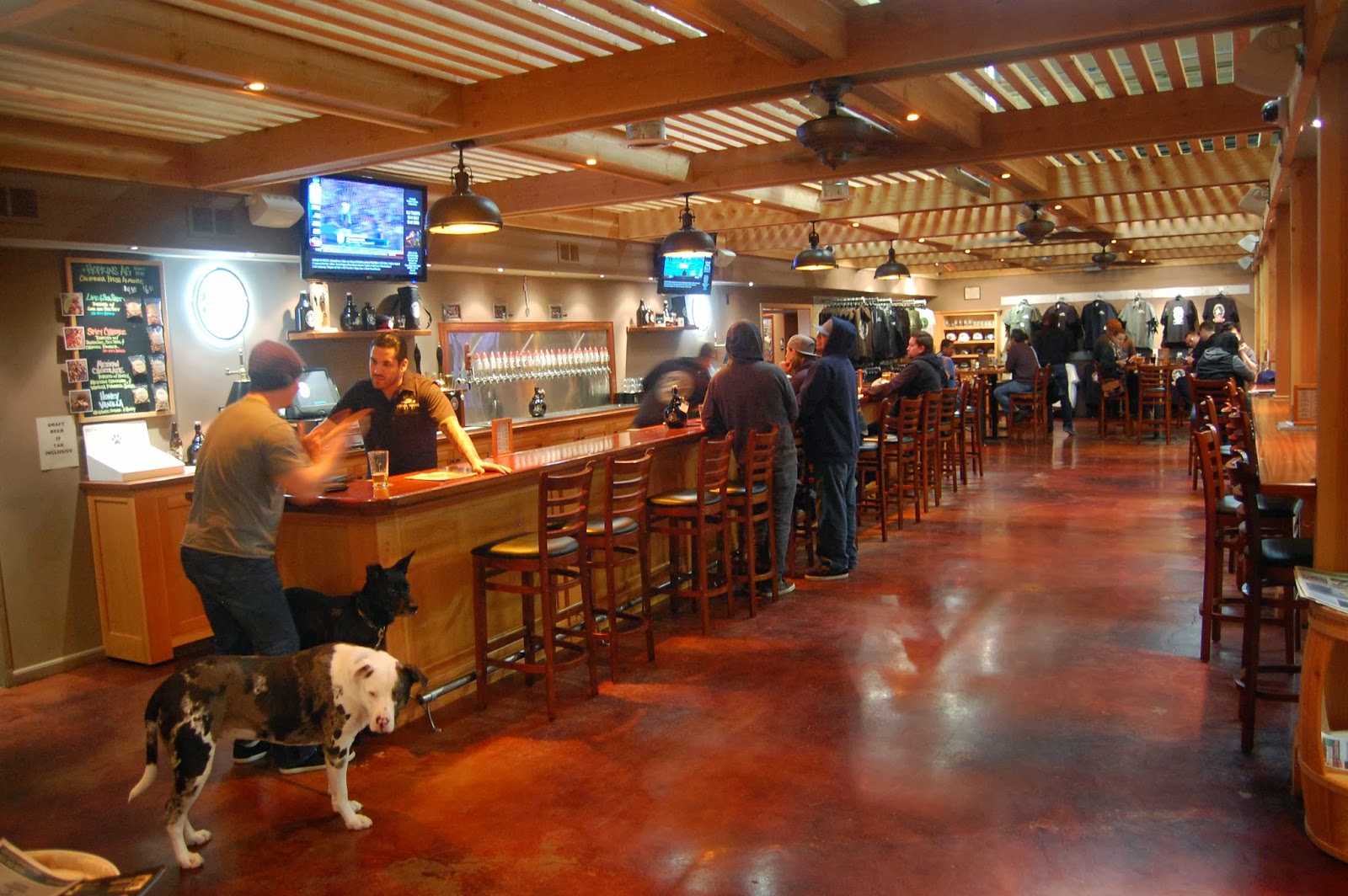 Bon Jovi is singing about being wanted – wanted! – dead or alive on the sound system. Basketball players are doing slam dunks on the big-screen TVs. Big dogs are sniffing anything their leashes let them reach. A couple dozen men and women are drinking beer. Welcome to a recent Thursday night at the Coronado Brewing Co.’s tasting room on Knoxville Street between Morena and West Morena!


The dog- and kid-friendly tasting room, which opened just a year ago and still feels shiny and new, is really more a tasting area than room. It sits in a corner inside Coronado’s massive, 20,000-square-foot production brewery and there aren’t any walls between the tasting area and the brewing equipment. 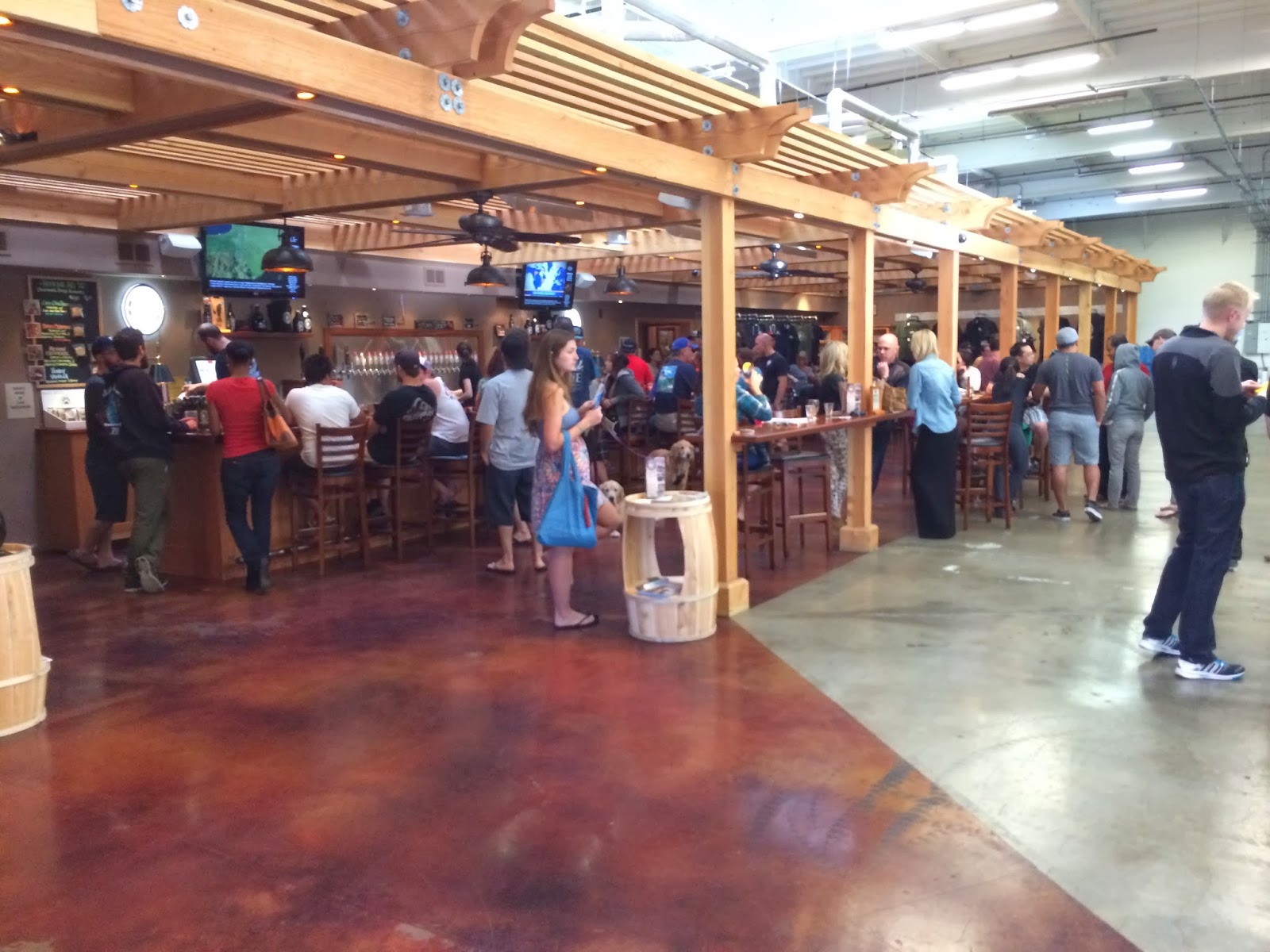 It’s got a nice layout. There’s a long wooden bar with more than a dozen stools, as well as additional seating and a couple tables on the perimeter. A pergola hanging overhead helps break up the sky-high ceilings and adds a cozy feel, especially when the heaters attached to it are blasting as they are on this cool January evening.

It would be easy to sit at the bar and listen to the ’80s hair metal that’s playing, talk to the friendly bartenders and/or watch one of the two large TVs and forget all about the mammoth stainless steel fermenters and fancy Italian bottling line behind you.

Coronado’s brewers use that equipment to brew and bottle beer the company distributes to 12 states in the U.S. and six other countries. The beers made here are also served at the original Coronado brewpub over on the island.

The tasting room has 24 taps serving up a wide variety of beer styles. You can pretty much always find Coronado’s core beers here – Coronado Golden, Orange Avenue Wit, Mermaid Red, Islander IPA and Blue Ridge Coffee Stout – plus an extensive number of seasonal and specialty beers.
The specialty offerings on this night include a wheat wine, a barley wine, a brown ale, a bock, a Munich helles, a Scottish ale, a pineapple ale, a Saison, a Belgian IPA and more.

If you’re a dedicated beer geek, the Coronado beers won’t blow you away. But while none of the many offerings I’ve tried have been world class, they generally are solid takes on the styles they represent and are always drinkable.

You can get four-ounce tasters, half-pints or full pints of the beers, so you can experiment with small pours of different styles or drink full glasses of the one(s) you like.

If you want to take some beer home with you, Coronado sells growlers and bottles here. There also is a wide variety of Coronado Brewing swag, with everything from t-shirts to glassware to candles and even lip balm.

Coronado doesn’t have a kitchen but usually has a food truck booked. Of course, food trucks tend to be a little flaky. On the night we were there, my friend planned to eat dinner here only to find out the truck inexplicably shut down at 7 p.m. Good thing there’s a Roberto’s about three blocks away.


Erik Battenberg is a former Clairemont resident who now lives in Bay Park.