The Clairemont Community News has just received copies of  two memos (see below), both dated April 23, 2014 regarding the controversial recommendations in the Morena Station Area Study about the height limit and parking in the area.

In the first, addressed to Bill Fulton, Director of Planning for the City of San Diego, Councilmember Lorie Zapf, who is Chair of the City's Smart Growth and Land Use Committee, states her unequivocal opposition to any changes to the current height limit or parking modifications.

The second memo, also dated April 23, 2014, Mr. Fulton responds with the statement that the Study has been revised to maintain the existing height limit, re-evaluate the density recommendations and maintain the parking along the west side of Morena Blvd.

Good news for those opposed to the changes originally recommended in the study! 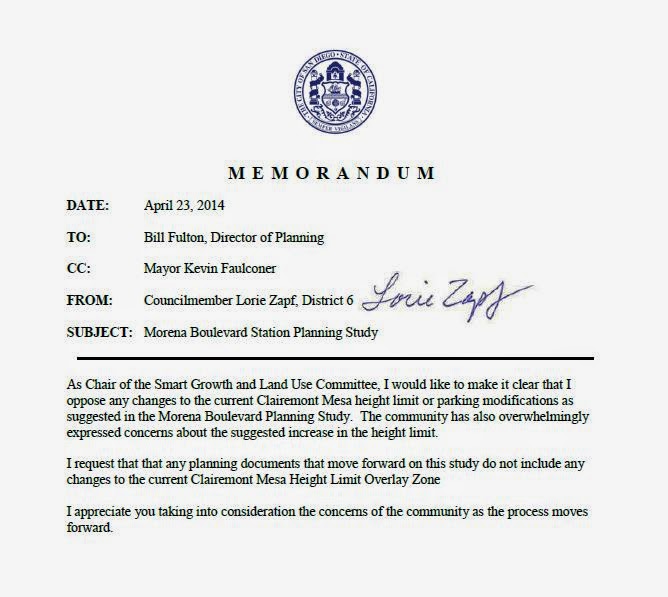 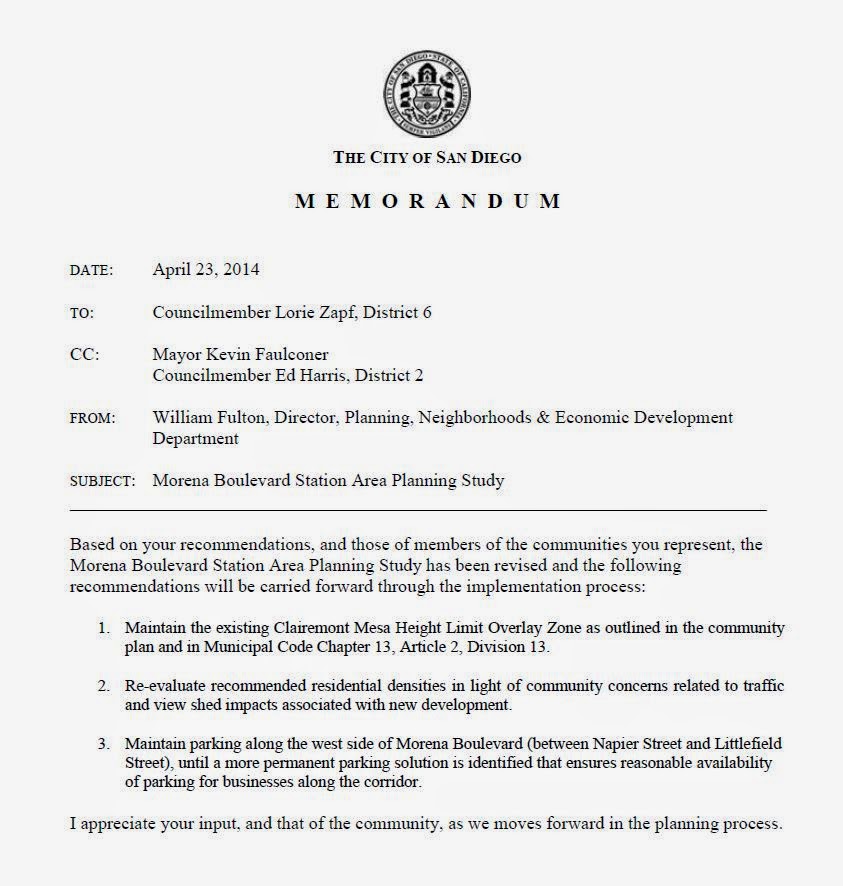