Clairemont Cares: Just Do It! 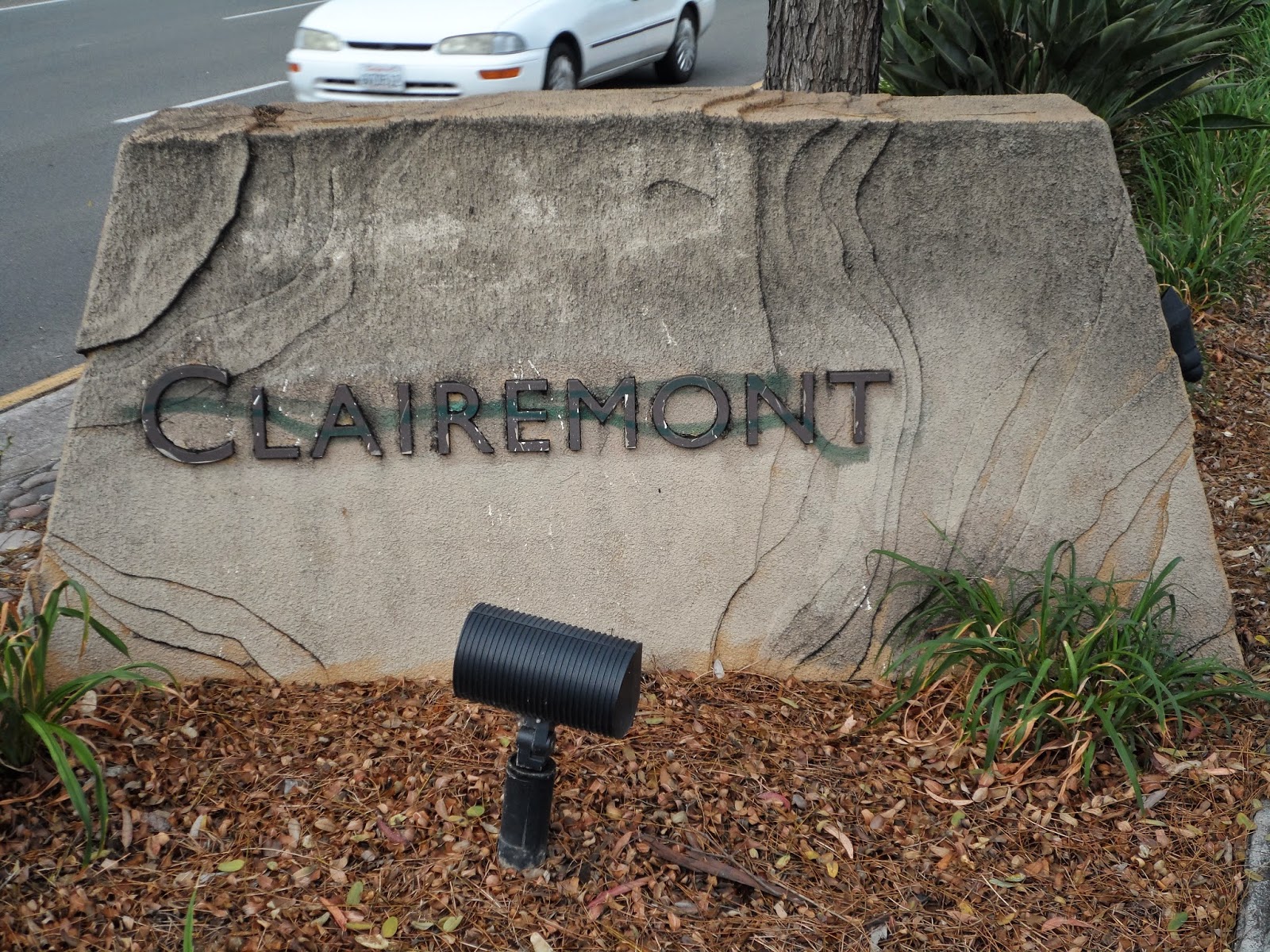 I pass the eastern Clairemont marker at least twice a day and have watched as it slowly degraded from natural aging as well as from periodic graffiti attacks.  I had made a number of calls to city officials and the answer was always the same: “no money, no resources”. 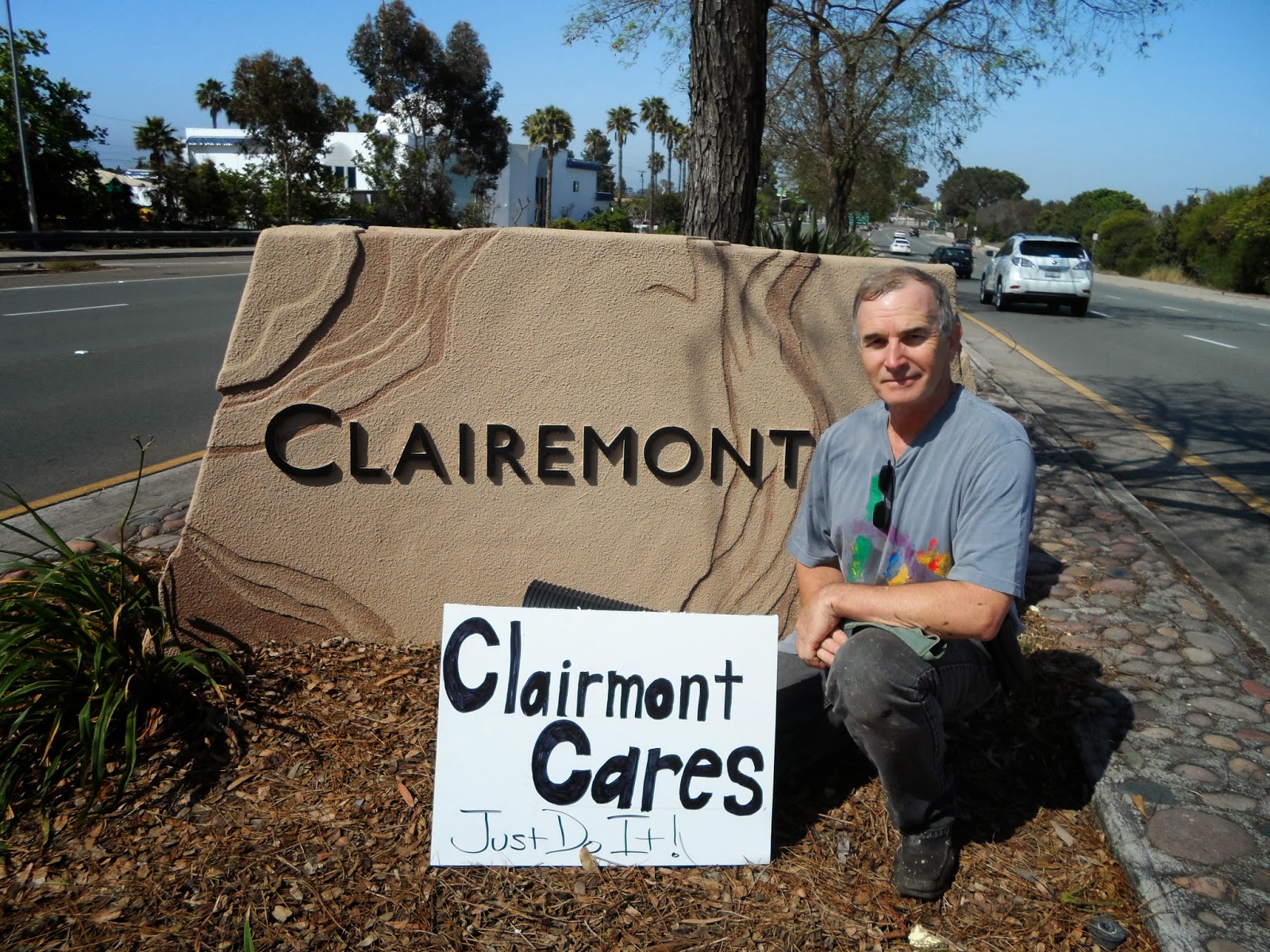 This year I decided that it was time to "Just Do It".  Steve Haupt, Manager of the City's Open Space Division, was the most positive contact I had made, so I proposed to him that I provide the materials, time and hopefully the talent to refresh the marker to its original condition.  Steve worked with me to get approved as a city volunteer, schedule a date, and provided street cones for the curb around the marker on the designated morning.  While out there, I placed a small hand written sign on the curb: "Clairemont Cares”.

When doing the work, I noticed that the bordering sidewalks in the area were strewn with litter.  I wrote to places of worship on both sides of the 805 to see if they might be interested in adopting the areas near their establishments.  Very quickly, I received a response from the Islamic Center that they would be interested in taking on such a project for their youth, and I'm still hoping to hear from the others.

I usually take an early morning walk through my neighborhood, and during those walks I have noticed that there are definitely members of our community (especially some of the elderly) who could use a hand to keep up with the demands of home ownership.  I have cleaned a few yards, weed-whacked a few sidewalk strips over the years, and moved a few pieces of furniture whenever a resident I've met on my walks has expressed a need for a hand.  The relief for these folks is immediate; to get something that has weighed on them for so long addressed in a very brief time is wonderful for them.

What if people on each street felt enabled and encouraged to do the same?  What a benefit to our community, what a help for our neighbors and residents who needed a hand and what a smile it puts on your own day.  So here's the suggestion: see or know someone who could use a hand in your area?  Say hello, introduce yourself, ask if you can help....and JUST DO IT!  And while you do put a small sign out there that says "Clairemont Cares". It will let others know it's ok to reach out and encourage others to do the same.   Because Clairemont does care and we CAN make a difference as individuals.

Joe Pointon moved to Clairemont in 1999. He is manager of Electric Transportation for SDG&E ; he started the program from scratch in 2006 to support plug-in electric vehicle (EV) adoption in the San Diego region.  San Diego now has one of the highest per capita adoption rates of EVs in the country with over 7,000 EVs on San Diego streets. He is also an artist who first picked up a paintbrush in 2011.  His work has appeared in a number of local art shows.