In honor of "Throwback Thursday", here is the cover story from the Clairemont Community News' first "Clairemont History" issue, from August 2008. If you would like to read more of this issue, including the memories from residents mentioned in the cover story click here to read the archived copy. Enjoy! 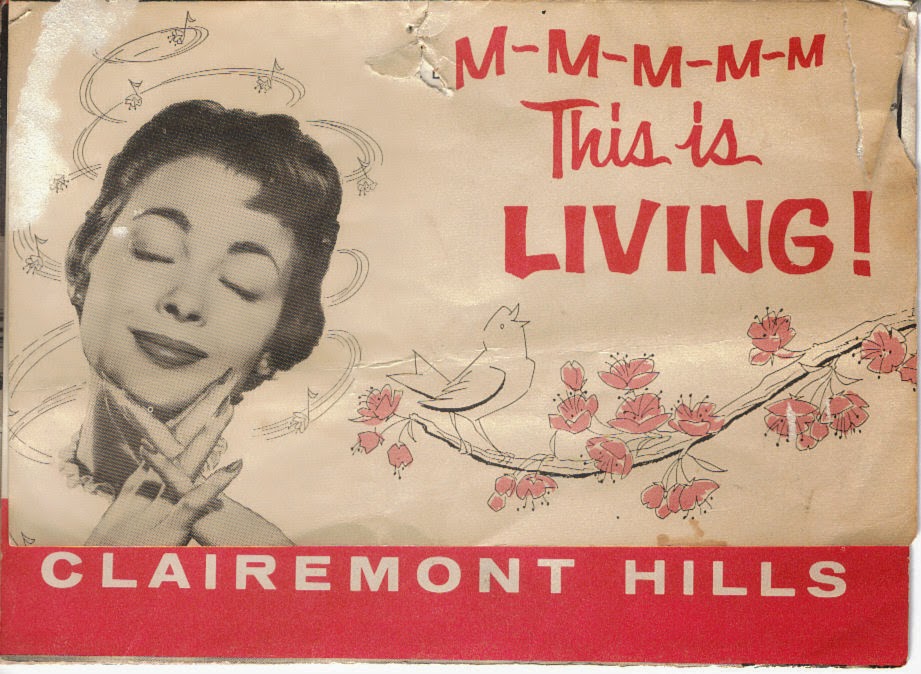 Clairemont is over 60 years old.  Do you know your community’s story and how it came to be?

As the history books have it, Clairemont was the idea of a real estate development partnership formed by Carlos Tavares and Louis Burgener to take advantage of the tremendous need for housing in San Diego after WWII.

In 1946, Tavares first got a $25,000 option on some property on Morena Mesa. In 1950 he and Burgener exercised the option to purchase the raw land and began to plan Clairemont. Some thought that they had taken a great risk because there was nothing but rabbits and lizards on the mesa, no utilities or other development to branch out from, which was highly unusual in those days. The partners had to spend $125,000 (a lot of money in 1950, over $1 million in today’s money) just to put in basic things like water mains and roads before they could even start building houses.

When the first homes were built there were a variety of floor plans and exterior finishes. The design of
the streets and layout of the lots had been engineered to take full advantage of the beautiful views to the
west across Mission Bay. The houses had many features considered deluxe at the time like large picture windows, fireplaces and tiled bathrooms. Prices ranged from $13,000 to $24,000. They were very popular: in one week 43 houses were sold, just from models and blueprints.

The homes filled with young families. Many Clairemont blocks in the ‘50’s had 20 or more kids living on them, playing together in the cul de sacs. Burgener -Tavares, along with other developers, continued to build 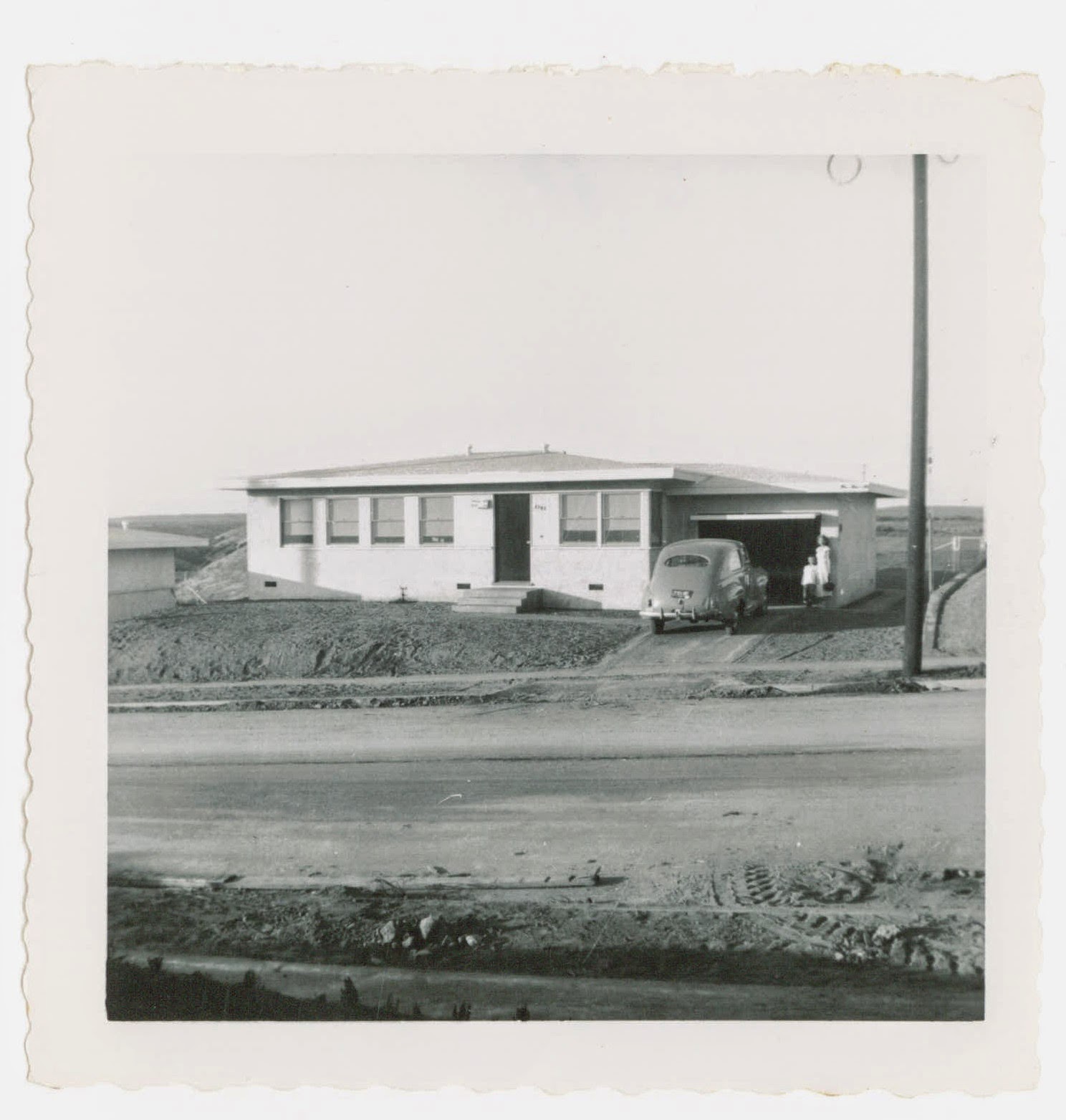 on the mesa until roughly 1960; schools, parks and shopping centers blossomed. General Dynamics and Convair were building missiles just down the road in Kearny Mesa so you could live, work and play, all in
Clairemont.

Lucky for us, there are still many people in Clairemont who remember what it was like living in Clairemont at the beginning and this month some of them have shared their memories and photos with us. In this issue you
will find stories about some of the less well-known people involved in Clairemont’s early days, like  Eugene Cook who was Tavares’ Chief Engineer and Dr. Carl Trees who started Clairemont Hospital. You’ll learn about one of Clairemont’s best-kept secrets, the Clairemont Woman’s Club which has been active in the community for over 50 years and you’ll read about which local library is celebrating 50 years of service to Clairemont this year.

In addition there are memories and photos from many long time Clairemont residents. We hope you will enjoy this look back at Clairemont’s first 50 years!