Kids and plants both thrive outdoors and this year one local school launched a project to bring them together. It began when a few parents decided the school campus needed a little beautification. Soon, talk turned to the limited time kids spend outdoors at school even with our ideal weather. Before long, a full-scale garden and nature trail was planned for Mt. Everest Academy , a local K-12 public school.

Envisioned as a way to beautify the campus while giving students hands-on learning opportunities, project "Dig It!" kicked off its inaugural year by building three raised vegetable beds and planting six fruit trees. The nature trail is planned to run along the front of the campus, re-purposing neglected land for both student and community enjoyment. 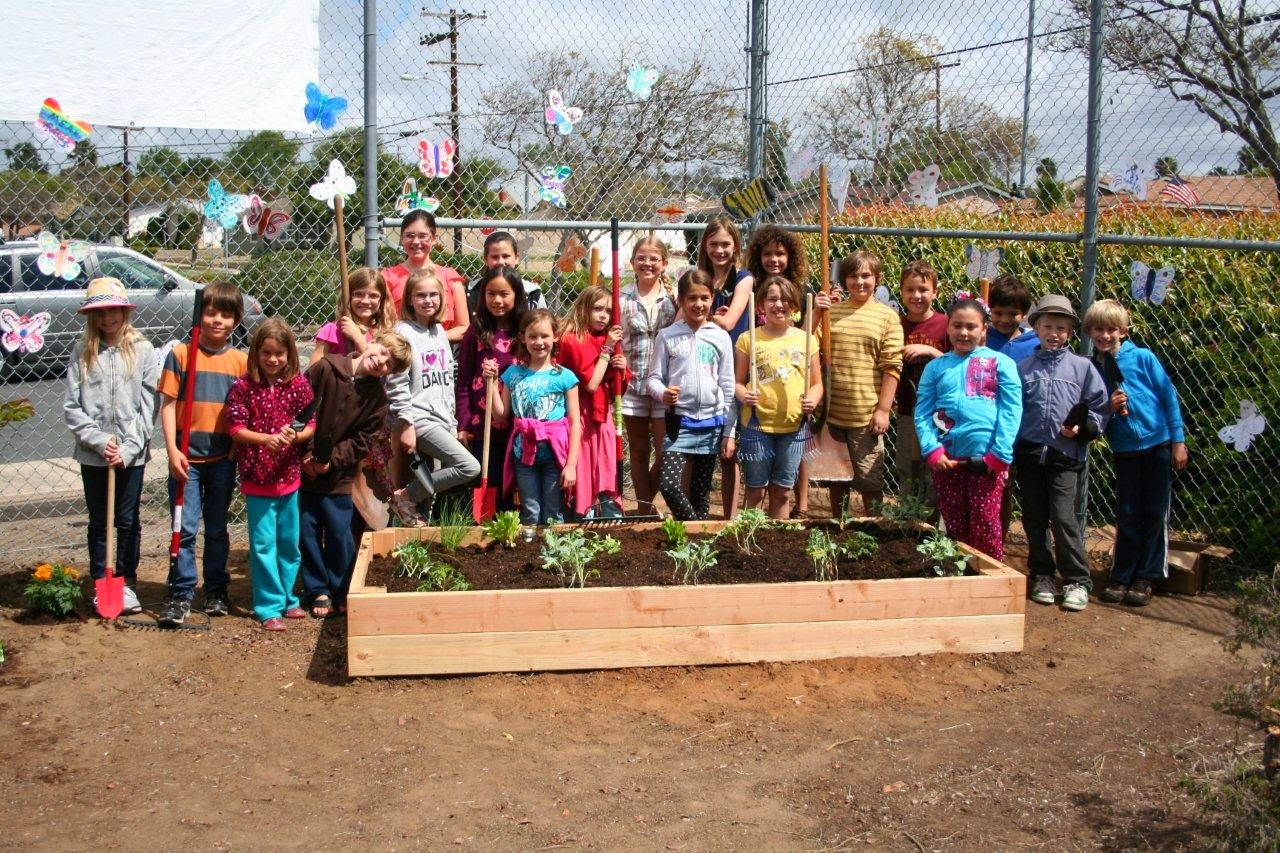 The design for the garden and nature trail was donated by George Mercer Associates, Inc. It can be viewed here. Local partnerships will be instrumental as the project progresses and several businesses, including Home Depot, Dixieline, Southwest Boulder and Stone, People’s Organic Market, Armstrong Garden Centers, and Walter Andersen Nursery, have already pledged support or donated materials.

"It's just fantastic to see what the students are building," said Barb Mulvany, parent of three students at Mt. Everest Academy. "They have such a good time in the garden."

During the 2013-2014 school year, Mt. Everest Academy applied for and won three grants. Awards from the Village Garden Club of La Jolla, California Fertilizer Foundation, and Captain Planet Foundation will help students continue their work outdoors in the fall.