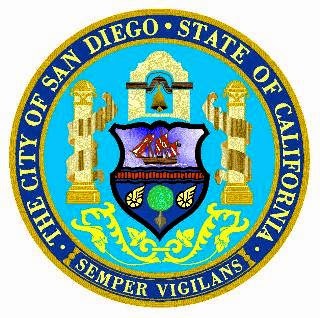 In its required second reading, the San Diego City Council today approved an ordinance proposed by Council President Todd Gloria increasing the minimum wage in the city to $11.50 per hour and providing workers the opportunity to earn sick leave.  The measure passed by a vote of six to three, which would be enough to override the Mayor’s expected veto of the measure.

“The San Diego City Council supports strengthening our local economy and our local workforce, and we demonstrated that with our action today,” said Council President Gloria.  “Should the Mayor choose to veto our action, I will ask my Council colleagues to override it so 279,000 San Diegans will be able to earn sick leave and at least 172,000 San Diegans will get a raise on January 1st.”

The Mayor has 10 business days after receipt to veto the ordinance.  The City Council then has 30 calendar days to consider overriding the veto, which would take six votes.

The Center on Policy Initiatives estimated that 279,000 workers will now earn sick leave.  The Center on Wage and Employment Dynamics at UC Berkeley also analyzed the proposal and determined it will result in raises for at least 172,000 San Diegans.  Further, the number of San Diegans receiving raises could be as high as 214,000 in 2017.

On average, the raises will add $1,400 per year to the paychecks of employees now making minimum wage or slightly above it, resulting in an additional $260 million per year going into the pockets of low-income San Diegans, which they are expected to spend on necessities like food, shelter, and clothing, benefiting the local economy.

“Mayor Faulconer has made his time in office about One San Diego, the idea that our city is unified and focused on improving our community for the good of all of us.  With that in mind, I would hope that our Mayor would see the good that the increased minimum wage and earned sick leave will bring to all local families and the local economy and pass on the opportunity to veto the measure,” said Council President Gloria.

The Center on Wage and Employment Dynamics, which specializes in estimating the impacts of local and state wage proposals, detailed additional impacts of the San Diego measure in its analysis.


The City Council will now develop an enforcement ordinance to ensure the adopted workforce strengthening measure is met.  Council President Gloria anticipates holding an initial hearing on an enforcement measure at the Budget and Government Efficiency Committee in September.
Email ThisBlogThis!Share to TwitterShare to FacebookShare to Pinterest