Regular readers of this blog know that Kleege Enterprises, the owners of the Clairemont Village shopping 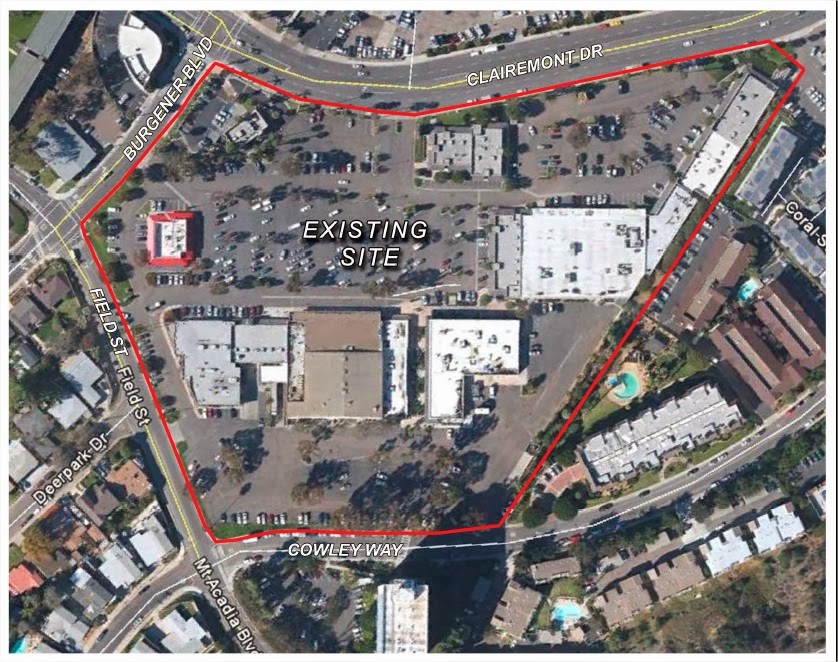 center (originally named the "Quad" and often referred to as the "Keil's center"), have plans to update and add to the property. In January of 2014 they showed the Clairemont Mesa Planning Group a preliminary look at what they have in mind.

Since then, there have been some changes in the center but the one that caused the most comment locally and on social media was the closing of The Same Old Grind coffee shop. Regular patrons were taken by surprise as it seemed to have happened overnight with no notice.

That got the rumor mill going full force, with the most popular rumors being that both Keils and Hometown Buffet will be gone within 6 months and that a WalMart will replace Keil's.

To find out if either or both of these were true, I contacted Weston Doyle, who is Executive VP and Managing Director of Kleege Enterprises. Here is his reply:

To reiterate, and as was presented to the Clairemont Mesa Planning Group, there is a very preliminary plan to add a multi-family component to the back side of Clairemont Village Shopping Center. We agreed to come back to the Community Group as plans firmed up. To date, we have not scheduled any additional meetings.

Currently, we have retail brokers CBRE actively working to lease up vacant space at the shopping center. We just executed a lease with Rita’s Ice Custard Happiness, who is a popular national tenant. You can visit their web site at ritasice.com.

Our long range plan, as shown to the Community Group is a redevelopment of the retail. We are NOT knocking the buildings down, but rather removing all the outdated shingles and creating new storefronts.