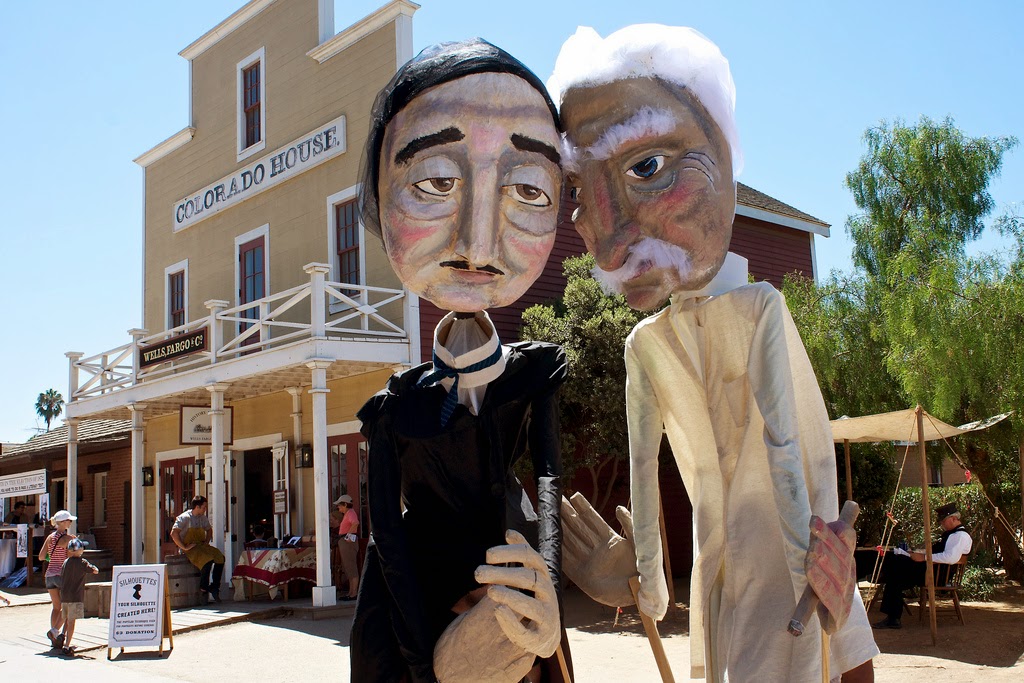 TwainFest bursts into action on Saturday August 16th, 2014, in Old Town San Diego State Historic Park.  TwainFest is a free and family-friendly festival celebrating the writing of Mark Twain and his contemporaries. This will be TwainFest’s fifth annual celebration of mid-19th century American arts and culture.  The fun starts 11 a.m. and runs until 5 p.m.  Admission is free and open to all.

TwainFest will present stories, music, professional actors and musicians, puppets, poems, inventive games and delightful performances.  Performances and activities will be offered in venues all over the state park’s grassy plaza as well as in its historic structures.

TwainFest offers various activities for the entire family such as:


The Arcade – Many imaginative games and activities ranging from Fish for Words, which is geared to children as young as three, to the Spelling Bee, which features commonplace words from the 1850s and the Never-Ending Story where everyone adds their own chapter to an ongoing story.  Or try your hand at the Wheel of Fiction where you compete with others to complete literary quotes. 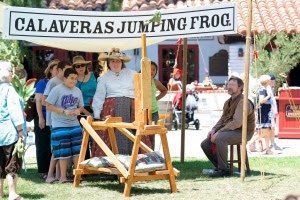 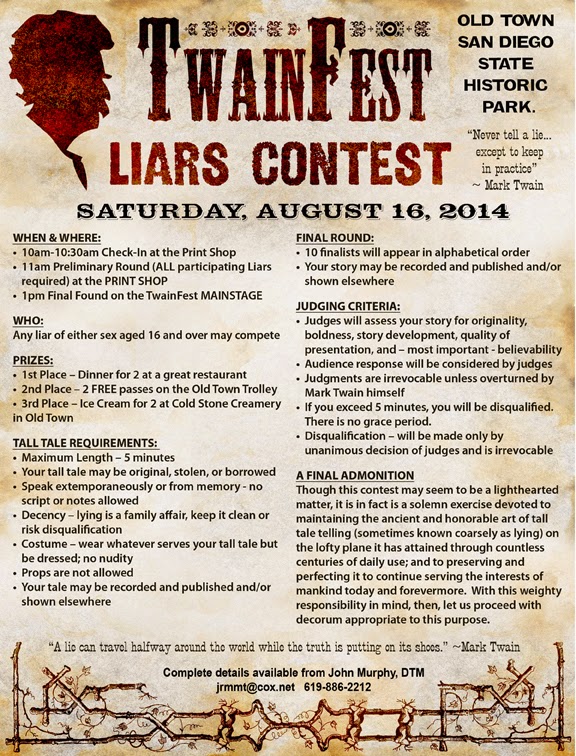 Liars Contest – tell your story (as long as it’s a tall one) and compete for the TwainFest Liars Crown on the TwainFest Main Stage.  Open to all.

Twain for Kids – Professional actors read stories by and about Mark Twain – (one of them even written by his daughter, Suzy) – in the historic Seeley Stable in the Old Town San Diego State Historic Park.

Performances – There are performances throughout the day, from roving storytellers, to puppet players and Shakespearean actors, to Walt Whitman talking about his stories. 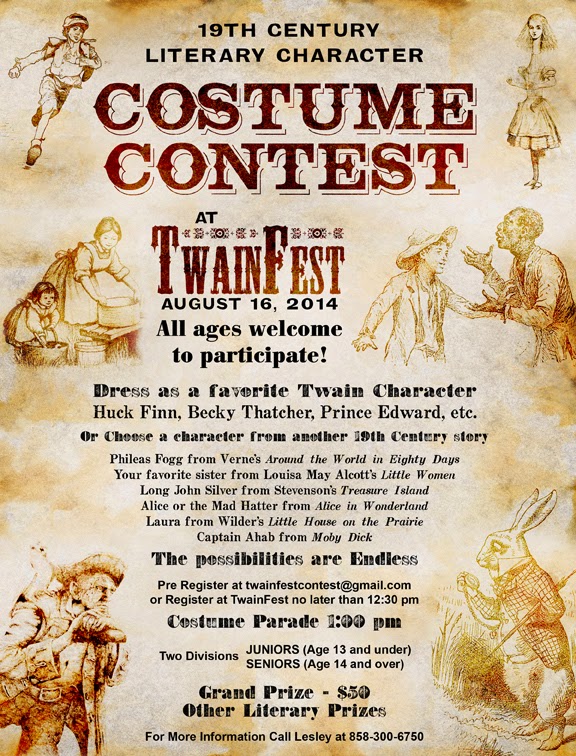 Mark Twain and Edgar Allen Poe – Meet our giant puppets.  Have your photo taken with a larger than life version of two literary greats.  In 2013 they are to be joined by a new friend, so stay tuned for that!

TwainFest is produced by Write Out Loud in partnership with Fiesta de Reyes and the Old Town San Diego State Historic Park.  For more information, call Write Out Loud  at 619-297-8953 or the State Park Information Center at 619-220-5422.

A typical WriteOutLoud performance includes short stories & perhaps a poem or two, by different authors from different time periods, all relevant to a central theme. Accomplished actors, carefully chosen and directed, bring the narration, characters and nuances of the stories to life.

Many of us were read to as children – by mothers, grandfathers, teachers. But as adults, we rarely have the opportunity to sit back and listen to a story read to us aloud.

That’s what WriteOutLoud provides for the San Diego Community.
Email ThisBlogThis!Share to TwitterShare to FacebookShare to Pinterest