One of the"Meet Your Neighbor!" series, which highlights people in the community with unusual jobs, hobbies or interests. Know of someone who should be featured? Send your suggestion via email to neighbors@clairemont.com


Meet Mindy Chang
I work in a field that not too many women get to experience. My sister and I are two of the few women in the states that hold a smog check technician license.

Our duty is to test drive vehicles on the dynamometer, inspect and functionally test their emissions control components. Then we hand their owners a pass or fail report. Its kind of like students taking a test in school, but instead it's the vehicles going in for a test. 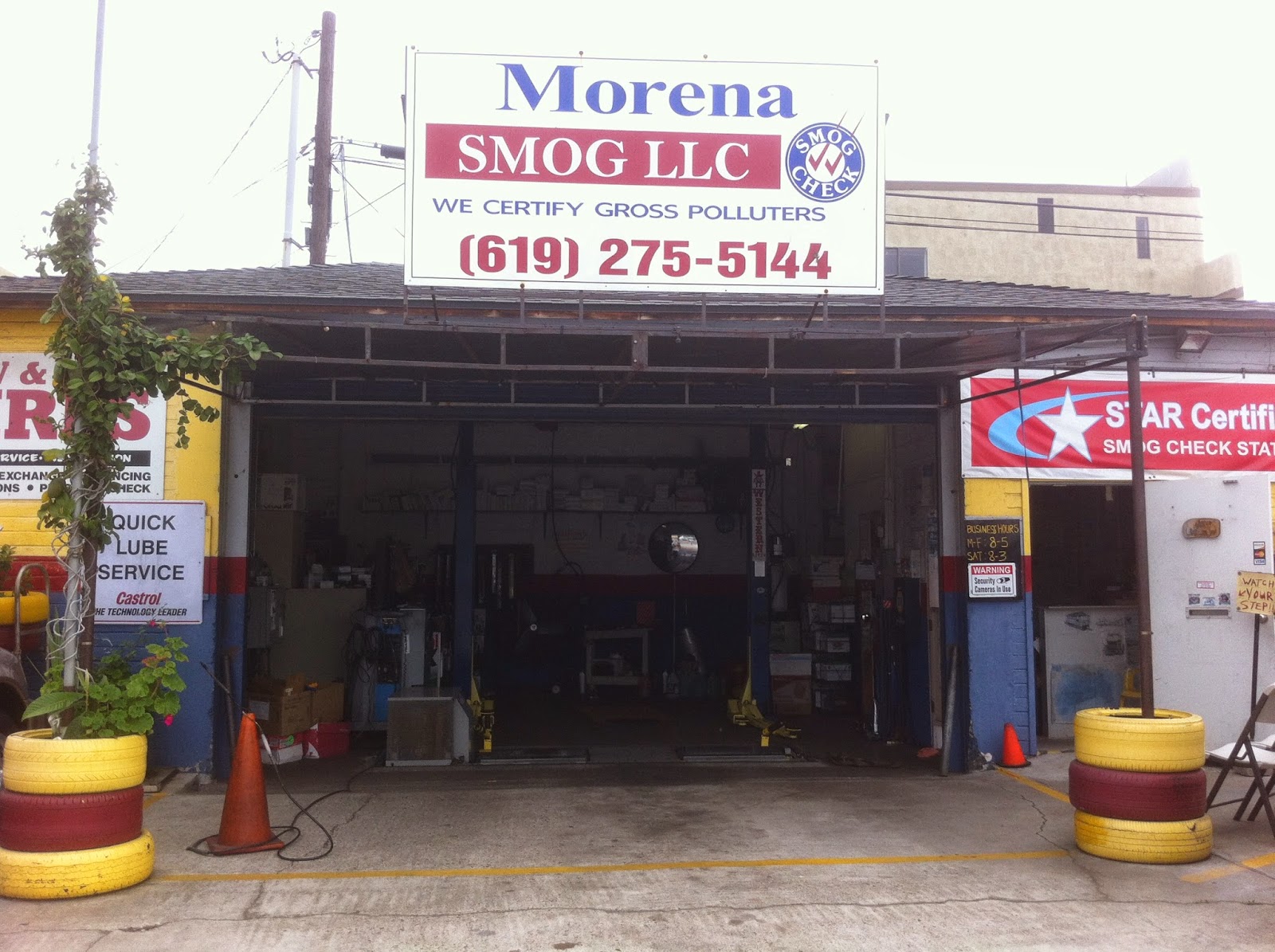 It's always interesting to observe customers' reactions when I hand them the smog check report. Their emotions range from just a casual, “I knew my car would pass the smog,” to the explosive “*Expletive*, now what?” Depending on the severity of the outburst, that's my cue to switch roles from being a mechanic, to a soft spoken supportive figure.

I layout their next options and let them choose: they can retire their vehicle with the state, or apply for consumer assistance to fix what's wrong, or apply for a one time smog check exemption. Most of the time people walk away without any incidents, but I can recall a few times where the police have to be called in. After more than 14 years in this industry, I've
met people from all walks of life through my shop, lawyers, students, homeless, military personnel, local celebs (TV news anchors), Jerry Sanders (the former SD mayor)...you name it.

I've owned Morena Smog LLC for nearly 10 years and there's definitely a plus for women working in the automotive industry. For one thing, I connect very well with female customers. Women tend to trust other women when it comes to cars, since traditionally women have just relied on the men in their lives to take care of their vehicles.

Secondly, men don't tend to have angry outbursts with me when their car fails the smog (with a few exceptions) compared to many other shop owners I know, where their customers get very upset and even storm off without paying for service. Third, in my line of work I get to meet all types of people because EVERYBODY needs to get their car smog check eventually (with a few exceptions), and it's so interesting to chit chat with my customers about what they do and learn from them.

The question I get over and over again from people is: "How on earth did you land in this line of work?" I tell them it all started with my father. When I was a senior at Scripps Ranch High School, my father signed me up for evening classes at the California Institute of Automotive Technology (CIAT). He did this without my knowledge or approval. He paid for my classes upfront, and tuition was nonrefundable, so I didn't have a choice but to attend.

One of the requirements of becoming a smog technician was that you had to learn how to drive a car with a stick shift. So my dad took me out on his red pickup and taught me how to drive a stick, but it wasn't long into that first lesson that I burnt out his clutch and the truck had to be towed back to his shop. I did better with his second clutch and managed to learn how to drive a manual transmission vehicle, and eventually graduated from CIAT as their first female student.

As the only female student in school I wasn't every popular. The men would keep to themselves and I was a loner. The teacher was the only one I spoke to in class and honestly I didn't understand many of the things he lectured about. I had to go home and ask my dad.

One evening during break time, when a group of men gathered together for a smoke, I overheard them talking about me. One of them said “What's a girl doing in this field?” Then another one said, “She won't make it, you'll see.” Then they all burst out laughing.

One day I asked my father why he signed me up for automotive classes.  He answered  "Because I don't have a son." Then he continued and said, "and because the smog check business is booming right now and you'll do well if you stick to it."

Boy, was he right. The smog check industry was booming in the early 2000's, when the state came out with the new BAR 97 program, but now the industry is so saturated that there is hardly any room to grow anymore. That's why we have to constantly reinvent ourselves to stay in the game. Just as the bursting of the housing bubble, the smog check bubble had also burst. But I was lucky to have jumped on board many years earlier.

My family has come very far from our humble beginning in the early 90's when we first set foot in the U.S. from Vietnam. My father worked as an apprentice mechanic for $3/hr. My mother was a seamstress working at home to take care of me and my sister. Our house was always rumbling with the sound of sewing machines and everything in the house was caked with lint, which later gave me a severe nasal allergy. That's when my mother stopped sewing.

Our family was on welfare and the four of us shared a single bedroom at our aunt's house. With my parents' hard work and endurance, we made it through hard times. From my father I learned to be persistent. From my speech and debate coach in high school, Sandy Lippe, I learned to be confident. I inherited wisdom from my mother and I've picked up on my husband's patience; it's quite contagious.

I gave a speech not long ago to students at University High School on their career day; the students were very enthusiastic and asked me many questions. Apparently they think the cars that I test drive everyday are Porsche, BMWs and Mercedes. The reality is I test drive all of the above and more. There are cars I get into that have such a strong smell that it clings to my clothing all day long. I can get into a car and know what kind of pets they have based on the “pet aroma” and the amount of pet hair deposited on the seats. Some people live inside their car and they cram so much stuff in there that there's barely any space for me to squeeze into!

I encourage young women to step out of the comfort zone of office work and break the stereotype, that girls shouldn't be or can't be mechanics. I enjoy the active, outdoor line of work. Some days are more interesting than others because somebody brings in an exotic car, or car that they built in their garage and asks me to smog it. With those one-of-a-kind cars, I take a moment and pose for selfies with the cars, then post them on the company's Facebook page.

Bottom line is, I grew to embrace the automotive field, even though I didn't sign up for it in the beginning. I truly enjoy my line of work because it's unique from a woman's point of perspective, it's interesting because I can talk cars with my husband at home, and it's always an inspiration to women.