On a busy day at 85°C Bakery Cafe, a long line of hungry customers can stretch out the door. Trays are piled with marble taro bread and brioche and employees shout “fresh bread” every time a new batch is brought out of the oven. 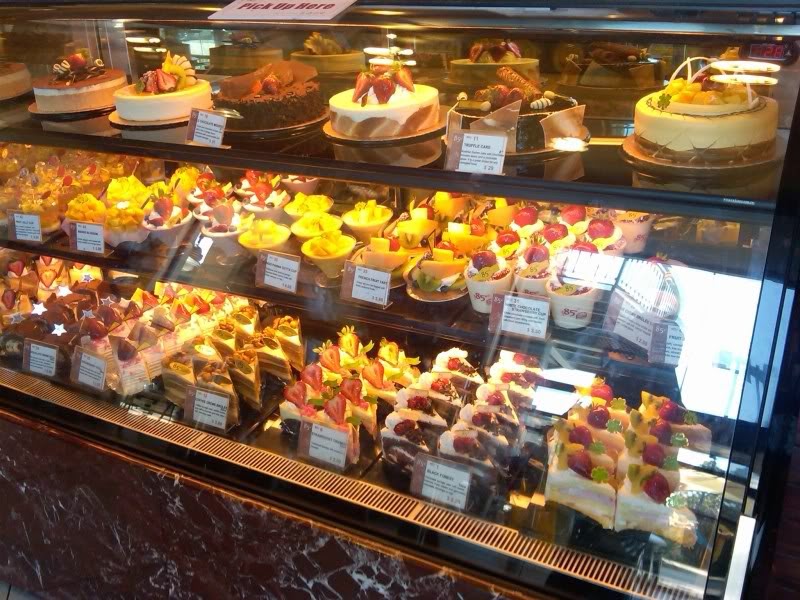 85°C is a bakery and café based out of Taiwan and that came to the U.S. five years ago, when it opened its first store in Irvine. Since then, the company has been on a major expansion. It will open a location in San Diego in the Balboa Mesa Shopping Center, at the corner of Balboa and Genesee in Clairemont around the end of October, according to a corporate marketing department contact.

85°C has a following among Asian American customers, but its popularity goes beyond race and geography. Some fans drive hours to buy the baked
goods and people from as far away as New York load up on 85°C products when they pass through Southern California. The bakery has more than 70 different types of breads, with prices ranging from $1 to $3. It also sells gourmet cakes and drinks like sea salt coffee.

The chain’s expansion has been fueled by the population growth of Chinese Americans, said Yong Chen, a history professor at UC Irvine. As this group becomes more affluent, it increases the demand for more authentic Chinese food, he said.

And as China and Taiwan-based businesses become more sophisticated, many like 85°C, are expanding in the United States, Chen said.

85°C started in Taiwan in 2004, named after 85 degrees Celsius. The company’s research and development team thought it was the perfect temperature to serve coffee—but it actually was too hot to drink. The bakery doesn’t serve coffee at that temperature, but the name stuck anyway.

The company’s founder, Cheng-Hsueh Wu, also wanted to give customers a great product they could afford.

“85 started because our founder really found that going to a coffee shop or dining at a hotel for a slice of cake - and for all the luxury items - was actually at a very expensive price,” Peng said.

Today, there are more than 700 85°C locations worldwide in Australia, Hong Kong, China, Taiwan and the United States. When the chain came to the U.S., there were slight adjustments made to the taste on some of its products, Peng said.

For example, the bakery’s Berrytale bread was made a little bit sweeter and foods like the Japanese calamari sticks are more savory, she said.

At 85°C, part of the bakery is self-serve. You grab tongs, a tray and select the breads you want to buy from plastic bins. Then, you take them to a counter and it’s packaged for you.

85°C is a long way from rivaling Starbucks, but its bottom line is heating up. The bakery’s parent company, Gourmet Master Co. Ltd., became a publicly traded company on the Taiwan Stock Exchange Corp. in 2010. In Southern California, construction has already begun on an inventory and baking facility in Brea, said Raul Garcia, store manager at the 85°C in Hacienda Heights.

The company is scouting new locations. “We have been looking all over and we plan to hit L.A. County, San Diego and Northern California,” said Stephanie Peng, 85°C’s project manager, adding the San Francisco Bay Area is also a possibility. On average, the chain’s U.S. stores make more than $700,000 in monthly sales, seven times more than what the average store makes in China, according to a January presentation on 85°C’s website. So far, all the locations in the United States have been company-owned and 85°C said it is not looking for local franchisees.

Peng said 85°C is excited to reach out to more of its fans with new locations this year, and added it’s possible the chain might open more than five stores. “You never know,” she said.