Nominations Due for Offices on Clairemont Town Council 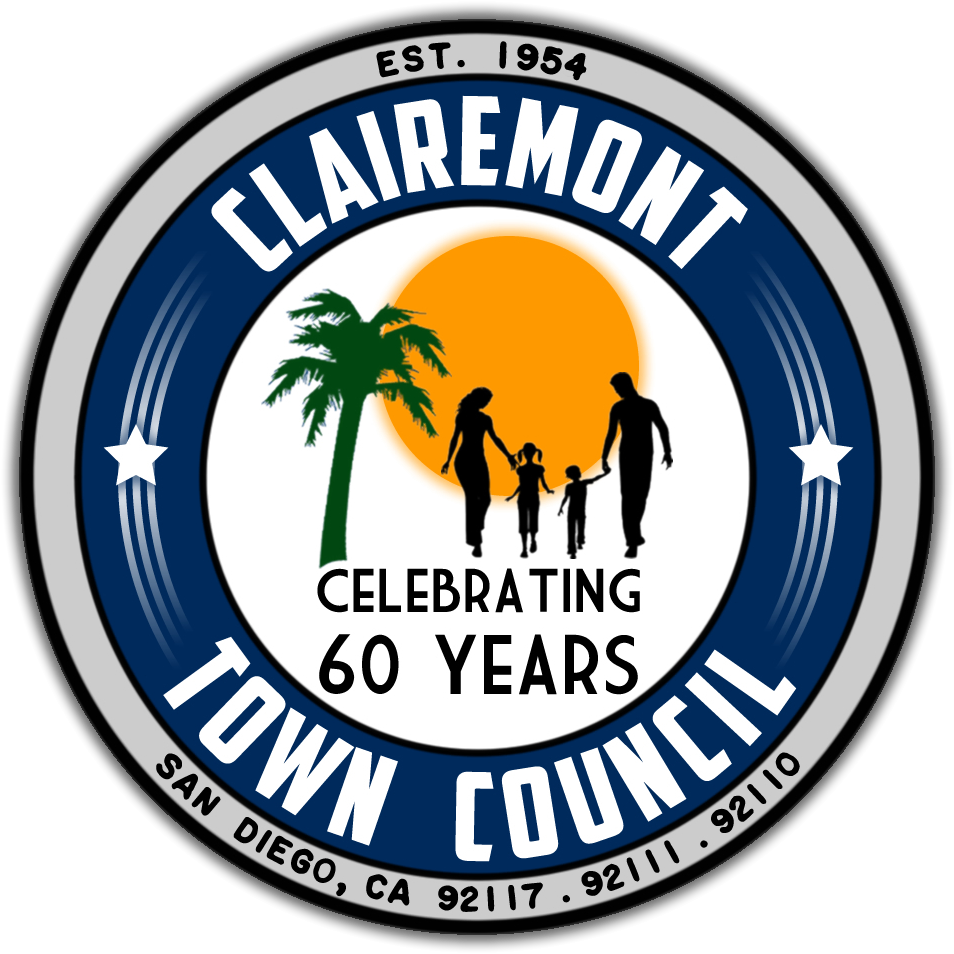 The following offices shall be considered for election for 2015:

The term of office shall be for two (2) years commencing at the January 2015 Clairemont Town Council General Meeting.

Nominations shall be accepted until the end of the October Clairemont Town Council General Meeting, which is on October 2, 2014.  Voting shall be held at the General Meeting in November.

For more information, or to nominate yourself or someone else, please contact Eden Yaege, Chair of the Nominating and Elections Committee at eden.yaege@gmail.com or via phone at 858.836.3031 ext. 118.
Email ThisBlogThis!Share to TwitterShare to FacebookShare to Pinterest