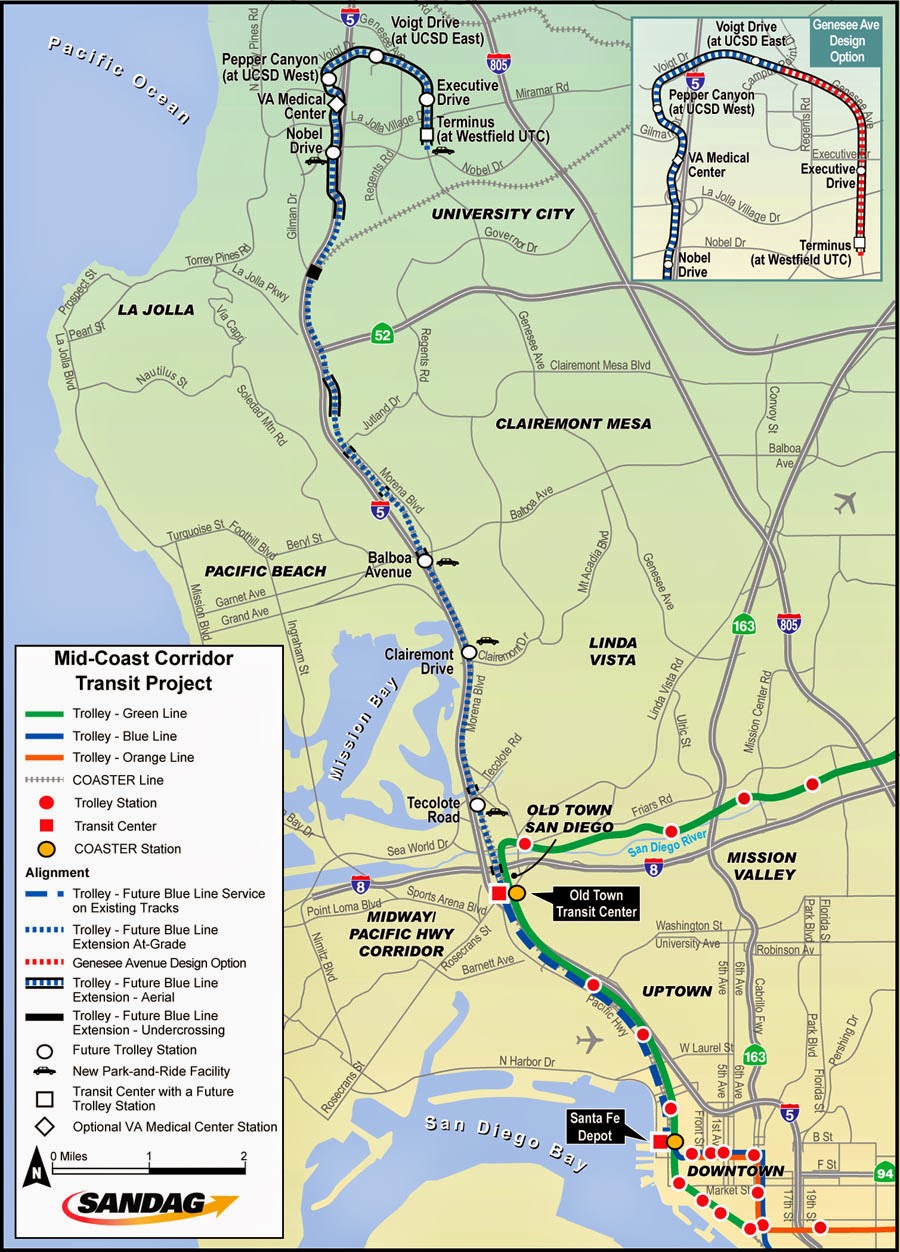 Comments may be submitted in writing via U.S. mail, email or fax, or may be made orally on the project’s voice mail.

On October 15, the FTA issued a Record of Decision for the Mid-Coast Corridor Transit Project Final SEIS.

The next step in the process is for the SANDAG Board of Directors to take action to certify the Final SEIR for the project. The Board will vote on the project at its regularly scheduled meeting on November 21, 2014. The meeting begins at 9 a.m. and will be held at 401 B Street in Downtown San Diego in the 7th floor board room. A live audio cast can be accessed via the home page of SANDAG website, sandag.org.