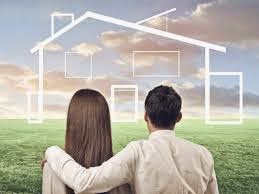 I recently saw a report that listed San Diego home prices by zip code. It included last year's median price as well for comparison. I was surprised to see the 92117 (Clairemont) zip code showed a higher median price than 92110 (Bay Park).  I asked a couple of real estate experts in the area why that would be, when normally the 92117 zip code home prices are lower than 92110. I got a few different answers, which I will share this week.

So in a nutshell that’s what the market looks like. With the short sales and foreclosures decreasing the forecast looks great! We are still low in inventory so it’s a great time to list a home with more buyer competition but the loans are still a little difficult.

Let me close with a little advice for buying or selling a home in San Diego. Get that lender approval 1st! If buying, don’t charge anything until the transaction closes. If buying a condo ALWAYS verify owner occupancy; if it’s fewer than 50% you might need to come up with a much larger down payment especially if it’s an investment property. Interest rates are still great so get that approval and go shopping!