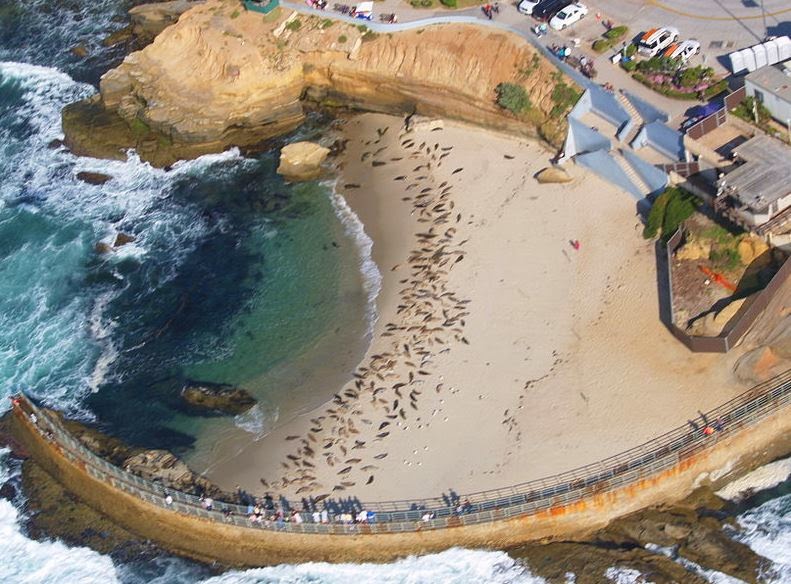 This seasonal closure is intended to provide special protection to the harbor seal population during the vulnerable pupping season and to address public safety concerns. The California Coastal Commission granted the City’s request for the seasonal closure on August 14 of this year.

The beach area that will be off limits to the public during this period is the area of sand at the base of the coastal bluffs/slopes, the rocks, the breakwater and the lower staircase.

The Children’s Pool seawall will remain accessible as will the walkway on top of the bluff on the east side of the pool.  Due to a construction of the La Jolla Lifeguard Station adjacent to the site, public access may be limited at times.

Per the City’s permit from the Coastal Commission signs will be placed at the site to alert the public of the closure. Failure to heed the signs is a violation of the City’s Municipal Code and is a misdemeanor and punishable up to $1,000. Harassing, disturbing or flushing the seals violates federal and local laws.

A condition of the Coastal Commission’s approval of the seasonal beach closure requires the City of San Diego to conduct ongoing monitoring of the area, recording the number of harbor seals present, the tide and weather conditions, instances of human to harbor seal harassment as well as the number of warnings and citations issued.

The La Jolla beaches and coastline are among the most visited coastal areas in San Diego County, attracting visitors from across the nation.  How the City of San Diego manages and strategically plans for preserving the natural beauty and the diverse recreational activities of the area will be a focus in the coming years.

Questions about the closure and monitoring program can be directed to:
Herman Parker
Director, Park and Recreation Department
619-236-6643

Questions about the Lifeguards’ role at Children’s Pool can be directed to:
Rick Wurts
Lifeguard Chief
619-221-8832
Email ThisBlogThis!Share to TwitterShare to FacebookShare to Pinterest