Save the Date: Clairemont Act One Announces Next Show 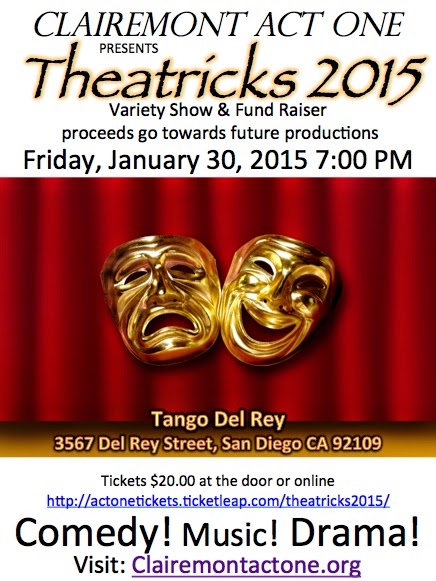 The show will include musical, comedic and dramatic performances and will be staged at Tango Del Rey, a departure from their usual location, Northminster Community Hall.

The group recently opened their fourth season with the well-received "Crimes of the Heart".  Since its founding in 2011 the group has produced plays and variety shows and is currently working on their spring 2015 production of "The Female Odd Couple " by Neil Simon, a revision by the original playwrite of the popular comedy of mis-matched roommates, featuring women in the lead roles.