This week the 2nd Annual San Diego Comedy Festival comes back to Clairemont, and the ten-day event offers something for everyone who loves to laugh. With everything from a live recording of The Cracked Podcast to an entire show of “clean” comedy, plus shows by nationally known comics, the expanded San Diego Comedy Festival is sure to be a hit. There is even a super-secret legendary headliner coming in on the 23rd.

Hosted by The Comedy Palace, 8878 Clairemont Mesa Blvd.. last year’s 5-day event was the first-ever and judging by the expanded offerings this year, it was a success. Along with the local showcases and the contest performances that went over so well in 2014 will be new shows, such one featuring LGBT comics and one presenting some of the top Latino comics around.


Of course for most of us the focus will be on enjoying some great live comedy, but for the performers there will be valuable opportunities to network and be seen by talent bookers as well a one-day seminar on “Going Pro”.  In addition there will be several cash prizes, including a grand prize of $2,000.

Dan Bublitz Jr., the San Diego Comedy Festival Co-Producer reports that comedians from all over the country will be participating including folks you will recognize from TV and movies. 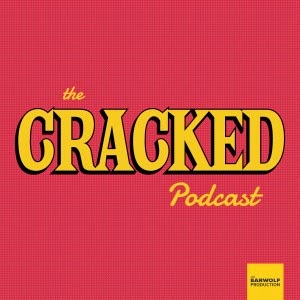 “We are excited to be kicking off the San Diego Comedy Festival with a performance by Bob Zany, from the ‘Tonight Show’ and ‘Joe Dirt’,” Bublitz said. “We’re also looking forward to introducing San Diego to a live recording of the Cracked Podcast.”

The festival begins on Thursday January 15th with the Bob Zany show. Friday offers a full night of laughs from including the LGBT showcase and a special late-night, adults only “Blue” show.

If you prefer the non-blue, “clean” comics, then Saturday the 17th is your day as the Festival starts that night with the “clean” show before bringing out the Cracked guys. The night will finish with the Latino showcase so don’t leave early amigos!

Sunday is the day amateur comics can attend the “Going Pro” seminar with Zach Miller and for the rest of us there is a show at 8PM with the hilarious Jeff Dye, from Last Comic Standing and Comedy Central.

Monday is Open Mic night, often the most interesting shows because you get to watch (and laugh at) new material being developed.

Wednesday the 21st and Thursday the 22nd are devoted to the contest. Each round will feature 10 comics competing for $4,000 in prizes and the title “2015 Winner of the San Diego Comedy Festival”.  3 comics from each round will advance to the semifinals, to be held on Saturday the 24th.

In between, on the 23rd we will have a visit from Disoriented Comedy, The First-Ever (Mostly) Female Asian American Stand-Up Comedy Tour. There will be 2 shows that night.

The 4th has the semifinal rounds of the contest. Here’s where the competition really gets tough; these comics want to make you laugh!

The Festival wraps up on Sunday the 25th with the contest finals. Come on out and root for your favorite!

Tickets are available for individual shows from $20-$80 or you can get a festival pass for $250-$300 good for all shows. This event is for ages 18 and up, and all shows are at the Comedy Palace.  All information was up to date as of press time; line up and ticket prices are subject to change without notice. Visit www.sandiegocomedyfest.com for full festival details or call 858-573-9067.