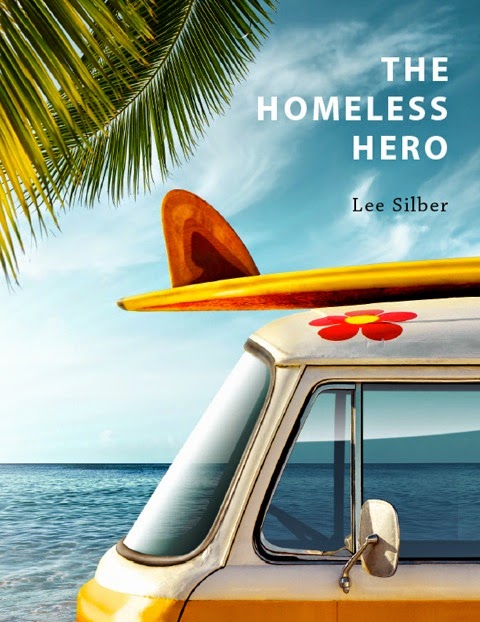 “I never thought I would be living on the streets of San Diego—especially by choice,” said author and Clairemont local Lee Silber. Yet that is exactly what he did to research his new novel, "The Homeless Hero" about an ex-Charger lineman who lives in his van by the beach.

Silber left the comforts of his beach house to live on the beach for a week to see what life would be like for his main character, Thomas “Big Mac” MacDonald. “It was a terrifying experience, but worth it when it came to writing an authentic novel,” he said.

Lee also recalls reading about Cameron Crowe, the writer who returned to Clairemont High School to research and write, Fast Times at Ridgemont High. “Of course I loved the movie, but not for the reasons others did. That movie was real life for many of us who grew up in that era and lived in the area. Crowe got it right because he experienced it first hand. I wanted to make sure I did the same thing with my books which is why I went homeless,” Silber said.

Having grown up in Clairemont, Silber had never even saw a homeless person until later in life when he moved to Mission Beach—where he now resides. “There was a big group of us kids who grew up together at the Pacific Bluffs [condominiums] and lived a semi-sheltered life in our own little world,” Silber said. The tight-knit group of “Bluffs” kids are still close as adults, even though they are spread out all over the San Diego.

Now that Silber is celebrating the release of his 21st book at the Mysterious Galaxy Bookstore (5943 Balboa Ave, 92111) he hopes his friends will attend so they can catch up on old times. (Silber attended Riley Elementary, Hale Junior High, and Madison High School.) The event is March 21st at 3:30 PM and it is free and open to the public.

One of the reasons the author is able to write books and do the crazy research he does stems from something the did when he was a kid. “My mom loved to read and she would take me to the Library on Mount Abernathy Avenue. When I was old enough, my first big adventure was riding my bike to that same library and spending hours looking at books,” Lee recalled.

Another thing Silber points to as part of his literary success is the fact he and his young friends would use their imaginations to entertain themselves. “We would invent games to play day and night. Our focus was mainly on sports, and we would pretend to be big leaguers when playing Wiffle Ball, tennis ball baseball, and touch football. We were so into it we even had announcers and kept stats,” Silber boasted. 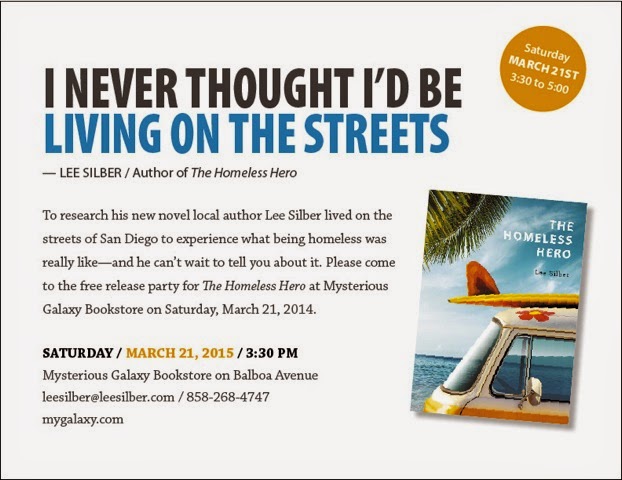 When you talk to Lee you can clearly see he is proud to be from Clairemont and thrilled to be coming back home to talk bout his new novel.

Stop by Mysterious Galaxy Bookstore on Saturday, March 21st (3:30 P.M.) to meet a real local hero who is donating proceeds from his book to help the homeless.