Clairemont Girls Fastpitch 10U to Play in Nationals! Support Them With a Donation


The Clairemont Girls Fastpitch (CGFP) Softball 10U Gold All-stars are advancing to the ASA Western Nationals Tournament!They will be playing teams from all over the western US, including Hawaii. The tournament takes place July 28th – August 2nd in La Habra, California. The tournament schedule includes an opening ceremony & parade, team gift & league pin trading, skills contests similar to MLB’s all-star events, as well as multiple pool and bracket games that will determine the ASA Western National champions. 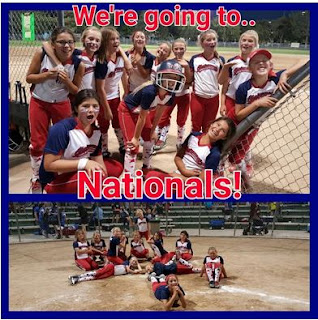 This is only the 2nd time in the almost 50 year history of Clairemont Girls Fastpitch Softball League that a 10U team has advanced to this level! This remarkable group of young ladies range in age from 9 to 11 years old and they truly perform best under pressure, having won most of their extra inning tie breakers. Many of the girls have been playing softball since they were 6 years old and have played together on the same CGFP All Star team for the past three seasons.

They proudly represent the tenets of the CGFP League which are Friendship, Sportsmanship, Citizenship, Leadership and Scholarship and they look forward to representing San Diego at the ASA Western Nationals Tournament. 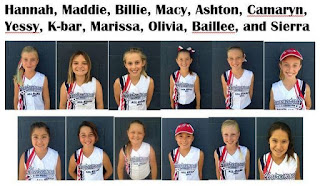 The team is doing their part to win, but we could use some help from our community too. There are many expenses involved, not just travel and hotels.

We need to bring gift bags that represent were we live for 18 girls. We have to come up with a new pin because you trade with the top teams. We will be playing the top teams from all over the United States Hawaii included but we did not financially plan this. Every time we thought it was out last tournament we would advance. Right now we are trying to raise snack bar money for some of these expenses. The odds of our girls having this experience again are lottery winning worthy. We have only a couple days to prepare.

The team has set up a Go Fund Me page to support their travel & associated expenses for participation in the ASA Western Nationals.  Please  visit http://www.gofundme.com/CLAIREMONT10uGold and make a donation.