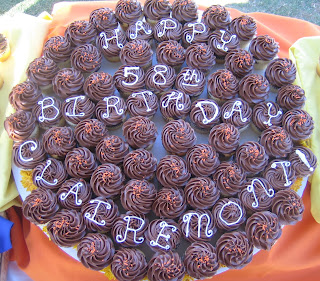 In September 2008 the late Dave Konstantin, founding publisher of the Clairemont Community News announced that he had determined Clairemont’s “official” birthday. Here’s the story of how he found it and how Clairemont celebrated its birthday for the first time!

“Since 2005 I have been trying to determine if Clairemont has an official birthday. Wouldn’t it be cool to have an annual Clairemont Birthday celebration? We knew the community was being built in the early 1950’s.  I have asked the City and they don’t seem to have an official date. I asked anyone with info on this to please contact me. No one contacted me so I decided to figure it out on my own,”  Dave said.


Dave did a lot of research and found the original subdivision map that used the name “Clairemont” for the first time. That map, named “Clairemont Unit #1, Map #2725”,  incorporated the area in Bay Park that includes Deerpark Dr., Burgener Blvd., and Grandview St. from Field St. to Jellett St.  It was approved and recorded by the County of San Diego on October 16, 1950. Dave suggested October 16, 1950 as Clairemont’s official birthday and that it be celebrated on the Sunday in October that is closest to that date. 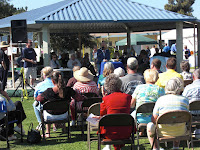 The late Claire Tavares, our community’s namesake, and (Former)Councilmember Donna Frye gave their support of this date, among others. He even asked for proclamation from the City Council so the date would be official.

Dave did get it proclaimed Clairemont’s birthday, and Clairemont’s 58th birthday party was held at the South Clairemont Recreation Center on Sunday, October 19, 2008. 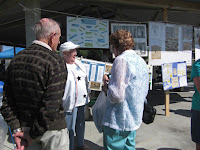 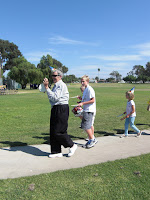 Many long-time residents came out to celebrate and several people shared memories of Clairemont’s early days. There were historic artifacts displayed and attendees enjoyed looking for familiar faces and places in the old photos.

The kids had fun too, marching in a parade and pounding tambourines led by Clairemont mainstay Dot Jensen.

To top off the event, of course a birthday cake!