99 Ranch Market is Hiring in Clairemont 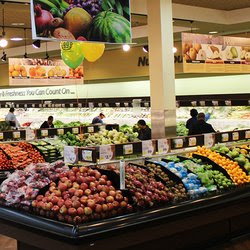 Job seekers in the Clairemont area: A 99 Ranch Market is coming to 5950 Balboa, in what was the Albertson's (and briefly Haagen) store and they are staffing up!

They are getting close to an opening date, which is not in stone, but will happen at the end of August/ beginning of September.

They are hiring 120 new team members and have job fairs scheduled each Fri-Sun until all positions are filled. They just had the first one and hired about 20 people but still need Department Managers, and Asst. Store Manager, and about 8 more dept. supervisors as well as numerous other positions.

The job fairs are held every Fri-Sun 12p-5P until all positions filled. They are being held at the current 7330 Clairemont Mesa Blvd.  location.